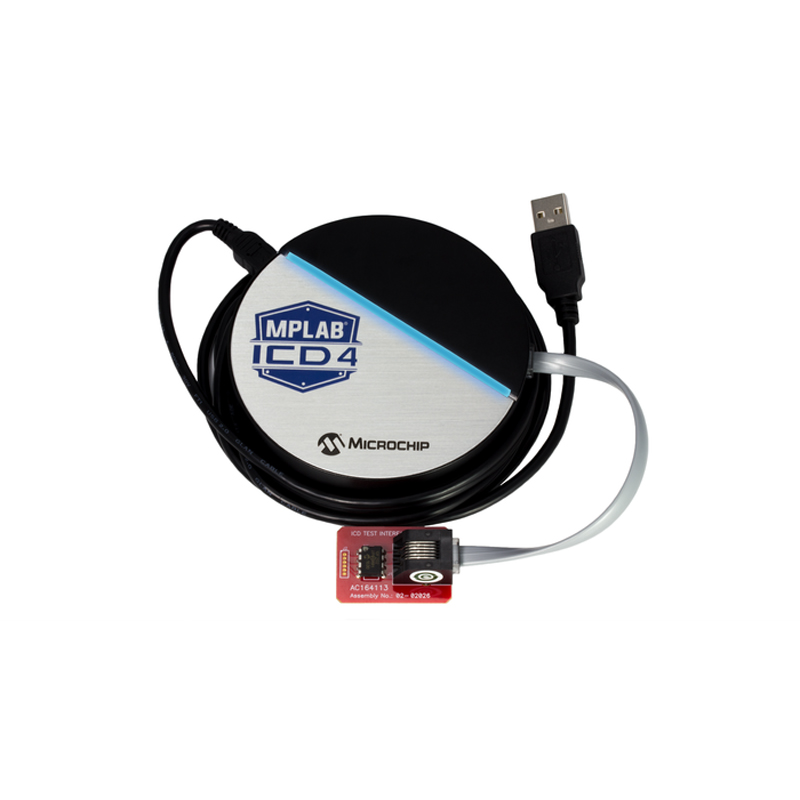 The MPLAB® ICD 4 In-Circuit Debugger/Programmer is Microchip’s fastest, cost-effective debugging and programming tool for PIC® and SAM Microcontrollers (MCUs), dsPIC® Digital Signal Controllers (DSCs), and CEC flash microcontrollers. This speed is provided by a SAME70 MCU with 300 MHz, 32-bit MCU with 2MB of RAM and a high-speed FPGA to yield faster communications, downloads and debugging. It debugs and programs with the powerful, yet easy-to-use graphical user interface of MPLAB X Integrated Development Environment (IDE). The MPLAB ICD 4 is connected to your PC using a high-speed USB 2.0 interface and is connected to the target with a debugging connector which is also compatible with the MPLAB ICD 3 or MPLAB REAL ICE™ In-Circuit Emulator systems. The MPLAB ICD 4 also works with JTAG interfaces.

*Note: The MPLAB ICD 4 In-Circuit Debugger/Programmer supports many, but not all, PIC MCUs and dsPIC DSCs at this time. The firmware is continually being upgraded to add support for new devices. For the most current list of supported parts, review the latest release notes located in MPLAB X IDE or contact us.

Ease of Maintenance and Feature Upgrade