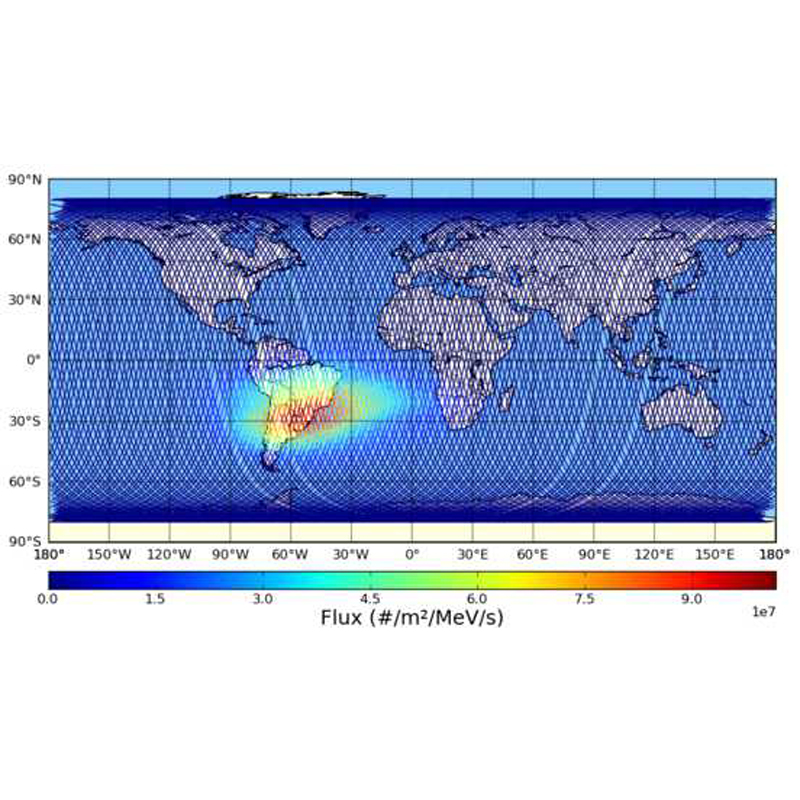 Part No.: MPCG-CRad
CRad is software for estimating the incidence of single- event effects, displacement damage and total dose effects on satellite orbits .

CRad is software for estimating the incidence of single- event effects (SEE) , displacement damage (TDD) and total dose effects (TID) on satellite orbits . It is a professional version of ForeCAST . The difference between the two is at the bottom of this page .

The environment model used by CRad:
Example: The particle fluence rate of a track calculated by CRad:

The geomagnetic capture radiation can also be displayed on two-dimensional orbits:


The methods of SEE rate prediction are explained here. What CRad do includes:

Shielding of the Space Craft

For TDD and TID

ForeCAST is the on-line version of CRad.